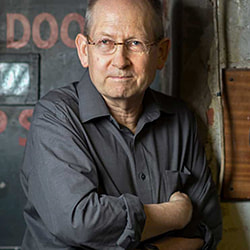 Stephen Baxter was born in Liverpool, England, in 1957, and he now lives in Northumberland. Since 1987 he has published over fifty books, mostly science fiction novels, and over a hundred short stories. He has degrees in mathematics, from Cambridge University, engineering, from Southampton University, and in business administration, from Henley Management College. He worked as a teacher of maths and physics, and for several years in information technology. Baxter is a Chartered Engineer and Fellow of the British Interplanetary Society.

His science fiction novels have been published in the UK, the US, and in many other countries including Germany, Japan, France, winning awards including the Philip K Dick Award, the John W, Campbell Memorial Award, the British Science Fiction Association Award, the Kurd Lasswitz Award (Germany) and the Seiun Award (Japan).