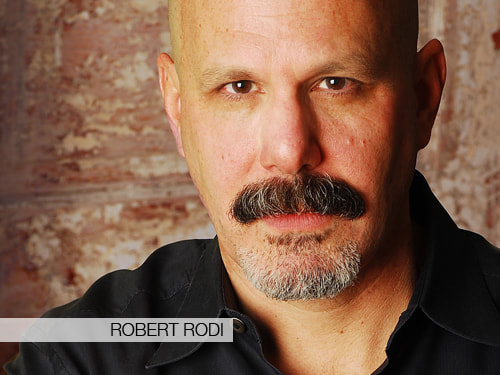 Click image to visit Robert Rodi's website
Robert Rodi was born in Chicago in the conformist 1950s, grew up in the insurrectionist 1960s, came of age in the hedonist 1970s, and went to work in the careerist 1980s. This roller-coaster ride gave him an ear for hypocrisy, cant, and platitudes that allowed him, in the 1990s, to become a much-lauded social satirist.

After seven acclaimed novels set in the gay milieu, Robert grew restless for new challenges—which he found in activities as wide-ranging as publishing nonfiction, writing comic books, and taking to the stage (as a spoken-word performer, jazz singer, and rock-and-roll front man), all the while continuing to write fiction.

​Robert still resides in Chicago, in a century-old Queen Anne house with his husband Jeffrey Smith and a constantly shifting number of dogs.