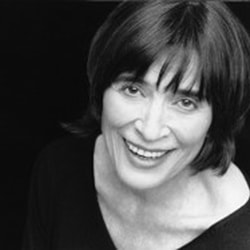 Phyllis Raphael was born in Brooklyn, graduated from Barnard College with a major in English and worked as an elementary school teacher and an actress before she began writing in London in 1969 when she was in her early thirties. She took a job as a researcher to a writer with whom she co-authored a book and worked as an editorial assistant at Penthouse Magazine.

Raphael published a novel, They Got What They Wanted, and a memoir, Off the Kin's Road: Lost and Found in London. Her numerous, often humorous short stories and essays have appeared in The Village Voice, Harpers, O - The Oprah Magazine, Vogue, The New York Times, The International Herald Tribune and many others. She is the winner of a PEN award for short fiction and has been awarded three Yaddo Fellowships. She taught creative writing at New York University, The New School, and was a long time member of the writing faculty at Columbia University. She lives in New York City. She has three children and nine grandchildren, and she was recently featured in a widely-loved New York Times profile.
​