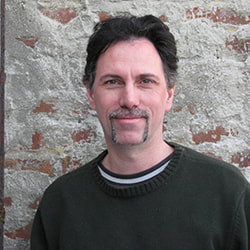 Click image for website
Paul Witcover has worked as an editor and writer in the field of speculative fiction for over 30 years. His first novel, Waking Beauty (HarperCollins) was short-listed for the Tiptree Award in 1997. He is the author of five more novels: Lincolnstein (PS, 2022), The Emperor of All Things and its sequel, The Watchman of Eternity (Transworld, 2013, 2015), Dracula: Asylum (Dark Horse, 2006) and Tumbling After (HarperCollins, 2005). A collection of his short fiction, Everland and Other Stories, appeared from PS Publishing in 2007. He has been a finalist for the World Fantasy, Nebula, and Shirley Jackson awards.

Paul has a Master's Degree in Creative Writing from The City College of New York and is a graduate of the prestigious Clarion Writer's Workshop. He teaches creative writing online at Gotham Writers' Workshop, UCLAExtension, and in the Master's program at Southern New Hampshire University's College of Continuing Education.