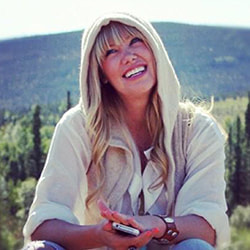 Lauren Reeves is a comedy writer, actress, improviser, host and former television news reporter and anchor. She was born and raised on a gold mine in Fairbanks, Alaska. After graduating high school early, Lauren was immediately hired by her local NBC station at the age of 18 to work as a full-time reporter and anchor. Lauren also attended the University of Alaska as a full-time student, majoring in journalism with an emphasis on broadcasting. Shortly before her 21st birthday, Lauren moved to New York City where she began studying and performing improv at the Upright Citizens Brigade Theater.

She is the author of And Then You Die of Dysentery: Lessons in Adulting From the Oregon Trail. She lives in Los Angeles.