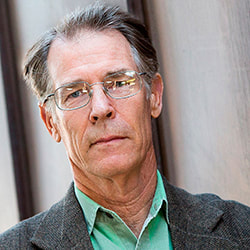 Kim Stanley Robinson is a New York Times bestseller and winner of the Hugo, Nebula, and Locus Awards. He is one of the world's preeminent science fiction authors and has published over twenty novels including The Ministry for the Future, New York 2140 and the bestselling Mars trilogy. In 2008, he was named a "Hero of the Environment" by Time magazine, and he works with the Sierra Nevada Research Institute.

He lives in Davis, California.
​