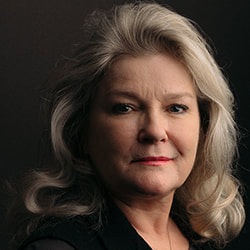 Kate Mulgrew is an actress and bestselling author. She is most famous for the roles of Captain Kathryn Janeway on Star Trek: Voyager and Galina "Red" Reznikov on Orange Is the New Black. She first came to attention in the role of Mary Ryan on the daytime soap opera Ryan's Hope. Mulgrew has won an Obie Award, and has received a Golden Globe Award and Primetime Emmy Award nomination.

Her memoir, Born with Teeth, was an instant New York Times bestseller and of which Publisher's Weekly wrote, "In Mulgrew’s assured gem of a memoir, fans of the actress (Star Trek: Voyager, Orange is the New Black) will delight in discovering her writing chops are as accomplished as her award-winning acting." It was followed by another bestselling book, How to Forget: A Daughter's Memoir.

She lives in New York City and Ireland.
​