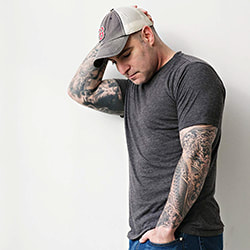 Glenn Rockowitz is a writer, filmmaker, comedian and voice actor. He lives in Seattle, Washington. Rockowitz wrote and directed the cult independent film Hacks in 2002, which garnered many festival awards.

​Rodeo in Joliet, a memoir of his battle with a very aggressive late-stage cancer, was released on April 11, 2009. By early 2010, the book became a national bestseller and was subsequently optioned for film. The story follows his diagnosis in 1998, when he was given three months to live at the age of 28, and the experimental treatment that led to his recovery.

His second memoir, Cotton Teeth, was chosen by Kirkus Reviews as one of the Best Books of 2021.