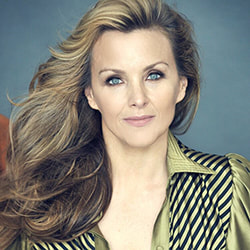 Alice Ripley is an actress, singer, songwriter, writer and mixed media artist. She has appeared in many Broadway plays and musicals including the Pulitzer Prize-winning Next to Normal, for which she won the 2009 Tony Award as Best Actress in a Musical. Alice appeared in The Who's Tommy, Sunset Boulevard, The Rocky Horror Show and Side Show, for which she was nominated for her first Tony Award. In 2015 she played three roles in the short-lived Broadway musical cult favorite, American Psycho. She has released an EP and an album with her band, RIPLEY, as well as solo albums, Everything's Fine and Daily Practice, Volume 1, a stripped-down collection of acoustic rock covers. Alice lives in New York City.
​